I was born to be a designer.  Unfortunately, though, I didn’t come to that realization until AFTER I entered college as an English Lit Major.  As an English major, I read: A LOT. Most weeks I read four to six books at a time.  So, it was always a joy to read short stories.  One of my favorites was Eudora Welty’s “Why I live at the PO.”  This title always intrigued me…I wanted to read the story JUST to find out why ANYONE would want to live at a Post Office!

But I sure do miss the beautiful old space.  After entering the building via a marble staircase, I never minded waiting in line in the lobby.  It was filled with murals, detailed moldings, a welcoming blue painted ceiling and dark mahogany wood accented by brightly polished brass. 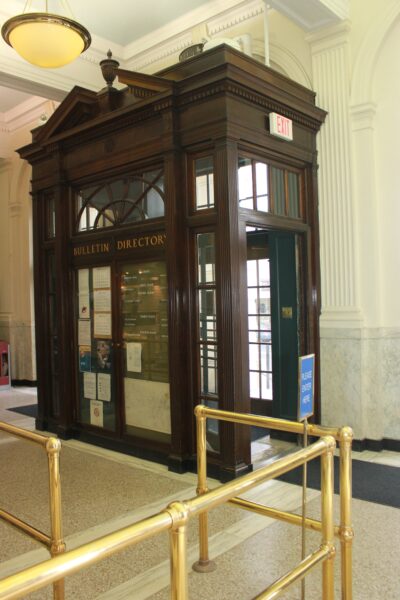 The murals were painted by a Vermont native of Bellows Falls named Stephen Belaski.  The oil on canvas paintings each share the same theme of freedom & unity: Ethan Allen (the leader of the Green Mountain Boys during the American Revolution…..NOT the furniture store),  an assembly of mountain fighters, the flogging of a NY land-grabber by Vermont landowners, the freeing of the first slave in Vermont, and Benedict Arnold aboard his ship on Lake Champlain. 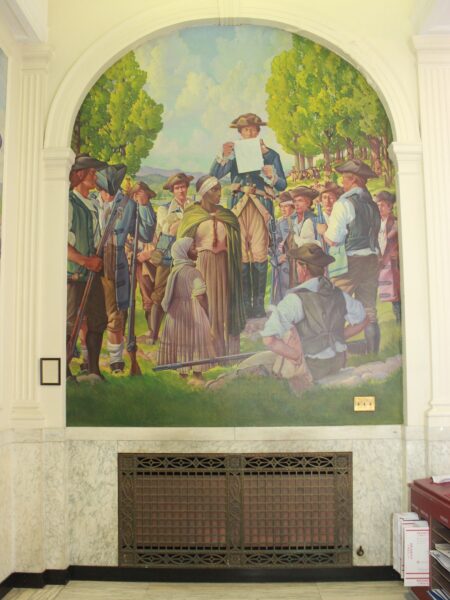 Painted in 1937, these murals — part of an artistic movement inspired during the 1920s and ‘30s — are one project of the more than 200,000 artworks commissioned during the Depression years as part of President Franklin D. Roosevelt’s New Deal. New Dealers believed art should be accessible to all and, according to wpamurals.com, “certain visionary U.S. politicians decided to combine the creativity of the new arts movement with the values of the American people.” 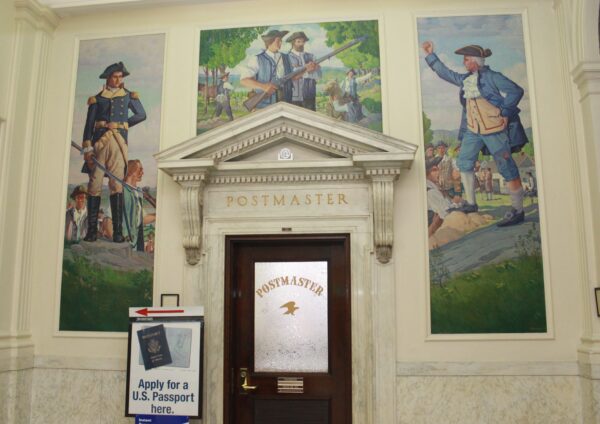 This sounds beneficial to our current times.  Since we are entering an economic period of uncertainty, I would be delighted to see a similar program employing artists while uplifting spirits along the way.   Murals like the ones proudly displayed in our former post office are a “reminder of a time in our country’s history when dreams were not allowed to be destroyed by economic disaster.”

Have a well-designed day,